Meet the expert speakers that are confirmed to present at E-PACK US 2021!

Additional speakers and panelists will be added as they are confirmed. 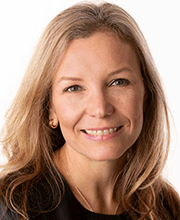 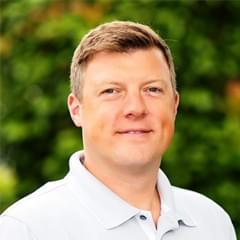 Vice President of Ecommerce Solutions at The BoxMaker

Head of Curiosity & Founder at Fuseneo

He started working in the sustainable packaging field in 2004 at Michigan State University under the guidance of Rafael Auras and Ramani Narayan. His focus was compostable polymers and the research work has been published in peer-reviewed journals and books.

Stephan Ango is the co-founder of Lumi, a software platform and online marketplace that enables brands to source and produce packaging from manufacturers around the world.

Stephan leads strategy and software products at Lumi. His teams are responsible for building innovative tools that enable better collaboration, traceability, and modularity at every step of the packaging supply chain.

Stephan also hosts the Well Made podcast in which he speaks with entrepreneurs and experts about innovative and sustainable ecommerce brands.

Vice President of Ecommerce Solutions at The BoxMaker

As VP of Ecommerce Solutions at Fantastapack.com, Justin Stacey drives the development of this unique web-to-print platform and supporting partnerships to help entrepreneurs achieve fantastic packaging that serves their brand and delights their customers.

Justin believes all businesses should have access to convenient, professional, and fast custom packaging. As an industry veteran, Justin’s experience includes sales, business development, operations, and executive management. This diverse background gives Justin a unique perspective which he leverages to streamline processes and remove the barriers associated with designing, purchasing, and manufacturing custom packaging.

Justin holds a Bachelor of Arts Degree as well as an MBA in IT Management. He is a speaker and frequent contributor to industry events and publications highlighting digital print for packaging.

Melanie Galloway, vice president of sales, marketing and innovation for Packaging, joined DS Smith in July of 2020. Previously, Galloway held roles with from FMC Corp., Kemin Industries, JM Huber and MacDermid Graphic Solutions. A chemical engineer, pulp and paper technology graduate from North Carolina State who is an MBA recipient from Duke, her expertise includes a strong sales, marketing and innovation background along with general management and P&L leadership. Galloway is based out of DS Smith’s corporate headquarters in Atlanta.

Head of Curiosity & Founder at Fuseneo

Brent Lindberg is annoying, and he knows it. With a curiosity that rivals George, he has a habit of relentlessly asking questions like a 5-year-old. And anyone who knows him can tell you he has an obnoxious appetite for the unexpected. But somehow these odd traits create a perfect storm for real innovation. This has become the culture of Fuseneo, the packaging innovation team he formed over a decade ago. Together they help brands find unexpected opportunities in packaging by combining daring creativity with serious expertise.

His experience in commercial, R&D, and supply chain allows him to convert consumer insights into practice, while managing cross-category strategies.

Kevin Messner is AHAM’s Senior Vice President of Policy & Government Relations. Joining AHAM in 2008, he is responsible for overseeing and implementing the appliance manufacturing industry’s legislative and regulatory advocacy efforts and policy development. Kevin has 20 years of experience in public policy and politics including being chief of staff to Members of Congress and a political appointee at a federal agency. He also has corporate experience working as a product and manufacturing engineer at one of the top 10 Fortune 500 manufacturing companies. Kevin has an MBA from Thunderbird School of Global Management and Bachelors in Mechanical Engineering from the University of Wisconsin-Madison.

Lisa Carson is the Co-Founder of Occo. She started her career in digital marketing and jumped to consumer products in 2017 when she stepped into the role of Director of Marketing for Gravity Blankets. She left Gravity in 2018 to start Occo. Over the next three years she built Occo with her Co-Founder, Connie Wang. Together, they launched Occo as a Kickstarter, participated in the TechStars accelerator, and in 2020 launched the business as a national direct-to-consumer brand.

In 2011, Dennis Colley was appointed President/CEO of the Fibre Box Association (FBA), a non-profit trade association representing North American manufacturers of corrugated packaging. In this role, Colley leads the organization in supporting the corrugated industry through strategy, data sharing, issues management and communications.

Prior to his position at FBA, Colley spent 35 years at International Paper where he held management positions in mill operations, converting operations, global containerboard and supply chain. Colley previously served the industry as a member of the American Forest & Paper Association’s Containerboard Sector Board and co-chair of the Corrugated Packaging Alliance (CPA).

Since January 2019, Paul Murphy has served as Vice President of Retail Strategy and Sales for Menasha Packaging Company, LLC. Menasha Packaging Company, LLC, is a wholly owned subsidiary of Menasha Corporation and the Corporation’s largest operating company.
Paul joined Menasha in 2001 as a General Manager, following Sales, and General Management positions with Boise Cascade, MacMillan Bloedel, and Pratt Industries, and has held leadership roles in multiple Menasha businesses. In the early 2000’s, Murphy helped lead Menashas’ transformation from an industrial and graphics packaging provider, into the leading retail focused merchandising solutions provider in North America, developing meaningful relationships with the Channel Leading Retailers in the U.S., resulting in strong Retailer-CPG collaborations and thought Leadership. From 2001 through 2019 he held successive leadership positions across the company including General & Sales Management roles. In 2017 he was named Vice President of Sales and Operations for the paperboard packaging business, with multiple operations in the U.S. In 2019, he was named Vice President of Retail Strategy and Sales for Menasha. Murphy has extensive experience in industrial packaging, Retail, POP/Display, and on/off shelf merchandising, and has played a key role in developing strategies and tactics to support the strategic focus and growth of Menasha Packaging.
Murphy is a graduate of Lambuth College (BA) and University of Memphis (MA)

Katrina Góis is a hands-on, multidisciplinary designer and creative leader with 10 years of experience designing, developing, and bringing commercially successful products and experiences to life. Raised in Portugal with "an American dream," she has worked for design studios, start-ups, and in-house agencies in New York, Milan, and San Francisco throughout her career and collaborated with multiple other partners in the US, Europe, and Asia. Collaborators and clients include Adobe, ADT Security, Belli e Forti, Google, Hims & Hers, Linksys, and Ford.

Benjamin holds a Bachelor’s degree in Finance and an M.B.A from the University of Akron. Benjamin has spent the last seven years in market research and strategic consulting across a wide range of industries. In this time, Benjamin has participated in all functions of these roles including conducting primary and secondary research, analyzing trends, developing market size estimates, evaluating competitive landscapes, authoring reports, developing strategic recommendations, and conducting presentations.

Benjamin has experience working in a number of commercial, industrial, and consumer research segments, including packaging, consumer goods, oil & gas, transportation, plumbing fixtures & fittings, HVAC-R, and printing, among others. Prior to joining Smithers, Benjamin ran the Private Equity Diligence division of a Public Equity research firm. Benjamin was responsible for all aspects of this division outside of sales.